Cybersecurity is not just for IT professionals.

Cybersecurity is not just for IT professionals.

It’s a concern for everyone who uses the internet, because one compromised password can lead to a whole host of problems-and not just for you! If you’re not already paying attention to cybersecurity, it’s time to dig deep into this topic. This guide will help you understand what cybercrime is and how it impacts your life at home or in the workplace. We’ll also show you how hackers might steal your identity, access sensitive data like banking information and more. Ready? Let’s get started!

1. The rise of cybercrime

Cybercrime is a growing threat all over the world, and it doesn’t seem to be slowing down anytime soon. In fact, according to some experts, cyberattacks have already cost the global economy more than $445 billion in 2017 alone-and that number will only rise as time goes on! If these numbers don’t make you take notice of cybersecurity, maybe this next one will-cybercrime is expected to cost over half a trillion dollars in 2021 if we don’t start paying attention now! That’s why it’s important for everyone who uses the internet (which includes just about everyone nowadays) to understand cybercrime and how it impacts them at home or in the workplace.

Hackers use different ways to steal your information, but one of the most common is guessing your password. If you use a simple, easy-to-guess password, hackers can easily crack it and gain access to all of your private data. Cybersecurity experts recommend using a mix of upper and lowercase letters, special symbols and numbers in your passwords for the highest level of security.

3. A world where everything’s hacked

These days, it seems like everyone and everything is online-including your car! It would be scary to think about having your car hacked, so we put together this infographic to show you how cybersecurity works and why it matters more than ever before. Have any good tips for practicing safe internet use? We’d love to hear them!

Hackers can come in many different forms, but they often use the same methods to get what they want. One of those methods is guessing or stealing your password and then using it to gain access to your online accounts. To make life even more difficult for you, cyber criminals may also attempt another tactic called social engineering.

If a hacker wants to make money by hijacking your online accounts, they can sell them on the Dark Web for thousands of dollars. This market exists on the deep web, which has become an anonymous marketplace for illegal goods and services.

Once cyber criminals have your password, they can access all of your private information from any device with internet access. They might just want money, but some hackers are more dangerous and nasty-and they’re looking for ways to steal your sensitive data like bank information or files that contain personal details like your address, date of birth and much more.

Remember that cyber criminals often work together in groups called gangs or syndicates. These networks have multiple members who perform different tasks from hacking to laundering money from stolen bank accounts.

6. How hackers might steal your ATM card and PIN number

One of the nastiest ways cyber criminals can steal your identity is by using a device called a skimmer-which is like a mini-computer that captures all of the data on your credit card. These devices are often difficult to detect, but they’re becoming more high-tech with features like bluetooth, micro cameras and realtime scanners to capture every detail of your ATM card including pin number.

In 2017, nearly 170 skimming incidents were reported in the U.S., but experts believe that number could be much higher due to cases going unreported or undetected. If you want to protect yourself from identity theft and cybercrime, a good rule of thumb is to secure your devices with a password-and never give it out to anyone but the rightful owner.

7. It’s not just individuals who are at risk, corporations are too!

Cybersecurity is extremely important for companies of all shapes and sizes-even large corporations are vulnerable to cybercrime. From technology firms that own valuable intellectual property to healthcare providers handling the personal information of hundreds of thousands of customers, hackers often go after any organization with access to lots of sensitive data.

The risk is even greater for companies that handle credit card information-in 2017, the number of reported breaches increased by over 15% compared to 2016.

8. It’s not just about your online accounts!

Hackers might use different methods to get what they want, but one of their favorite tactics is to go after your devices and accounts that contain valuable information. That’s why it’s important to not only secure your online passwords, but other sensitive data such as bank statements, medical records and much more.

9. Cyber-attacks are on the rise!

The total number of reported cyber attacks rose by 60% in 2017 compared to 2016. This is partly due to businesses and individuals becoming more aware of online threats, but it’s also because the total number of attacks is actually much higher than officially reported-many cases go unreported or undetected.

We hope that you’re having fun learning about cybercrime-but remember to take precautions when going online. If you’re ever unsure about a site or service, go with your gut and search for more information before making a purchase or signing up. And whatever you do-don’t give away any of your personal details unless you know who’s asking.

It’s a sad reality that the internet is full of people who want to steal your information and money. Cyber crime has been on the rise, so it’s important for you to stay one step ahead by being aware of online threats. The first thing you need to do is secure all devices with passwords-especially any computers or smartphones where sensitive data might be stored. If someone asks for personal details like an ATM card PIN number, bank account password or credit card info-don’t give it out! You should also take precautions when browsing the web; if something seems off about a site or service don’t hesitate before looking up more information and taking steps necessary (such as closing tabs) in order to protect yourself from identity theft and cybercrime. Finally, if you ever notice any suspicious activity involving your accounts, report it immediately in order to help prevent identity theft and cybercrime. 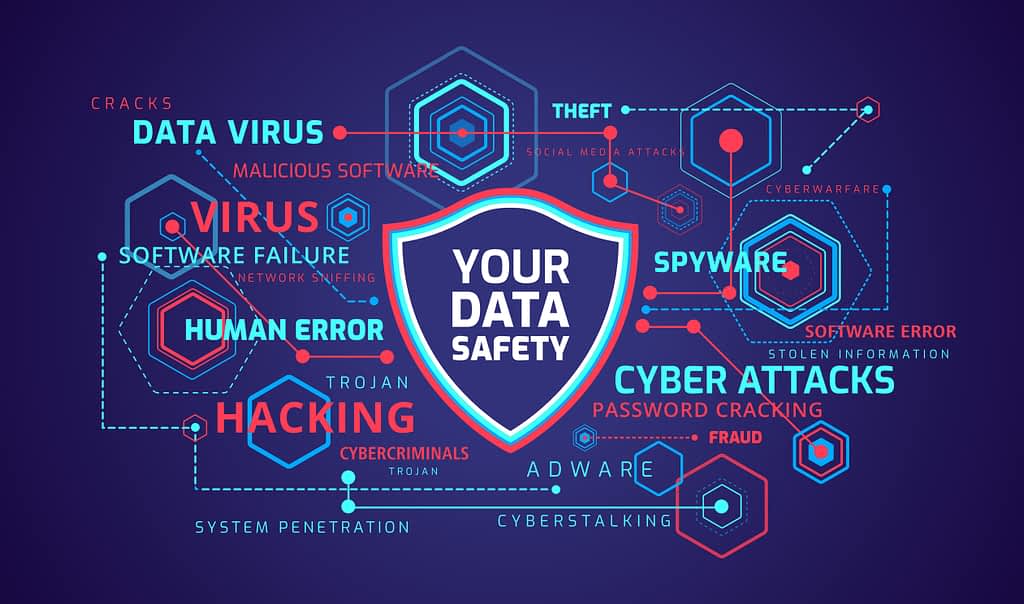 Systech Consulting is the regions leading IT consulting and Managed Services Provider (MSP) serving businesses of all types and sizes.
We help businesses with everything from remote and onsite IT helpdesk support, 24 x 7 x 365 network monitoring to cybersecurity assessments and cloud migrations.
We tailor our solutions to meet your business’s unique needs, goals and expectations.
Scroll to Top